Why Big Tech should not govern citizens

For the promise of investing $250 million in development, tech companies that acquire 50,000 acres of undeveloped Nevada desert might soon be able to create their own local governments. In Nevada Governor Steve Sisolak’s proposed “Innovation Zones,” tech companies with enough money (billions) and land (lots) would in fact “become a local government” with the ability to levy taxes, form school districts, administer law enforcement, and provide other citizen services.

The goal, of course, is to attract private investment to the state and provide jobs. To be eligible to operate an Innovation Zone, a company must pledge to invest an additional $1 billion over 10 years into the zone. The Governor believes the proposal is a “unique and bold idea,” and economic development officials promise many tens of thousands of jobs. But while the legislation is still in draft form, even the prospect of Governor Sisolak’s proposal raises serious concerns for citizens.

We’ve seen this movie before. Company towns, in which a single company is not just the sole employer, but the primary landlord, shopkeeper, and provisioner of services, littered the US in the 1800s. The most famous of them was perhaps Pullman, Chicago, where industrialist George Pullman created a “model town,” notable for its structural aesthetics and punishing economics for the workers who inhabited it. In 1893, Pullman’s workers went on strike, triggering fellow union workers across the country to follow suit. The strike brought railways to a halt across the country in what was perhaps the largest labor action in US history to date. In what’s been dubbed “The Pullman Lesson,” following the strike company towns began to loosen their grip on paternalistic control over worker-residents and open up town governments to citizen participation. Indeed, “company towns had painful histories of violence and abuse, as powerful employers were able to dominate local politics and mistreat workers, communities, and the environment,” as a report on company towns from the Center for American Progress put it.

With this historical context in mind, the proposed Innovation Zones in Nevada sound uncomfortably familiar — and potentially invite similar problems. First, consider what a tech business-led government would mean for citizens. While sometimes tech companies act in alignment with the public interest, they’re not obligated to look out for citizen welfare. Unlike governments, companies are beholden to a bottom line, not the betterment of society. So despite Big Tech’s recent efforts to take on responsibilities that used to be solely held by nation-states– such as defense, diplomacy, public infrastructure, and citizen services-it would be a mistake to call it altruism. Rather, it’s a form of empire building — how tech giants evolve from mere digital service providers to net states: business entities that assert powers rivaling those of governments.

Sometimes, this may seem like a good thing. For instance, Microsoft has opened an office at the United Nations and increasingly engages in pro-human rights diplomatic agreements, much as countries would. In another example, Facebook has built a robust counterterrorism team, reported to consist of 150 people in 2017, which is larger than the counterterrorism team at the US Department of State, with its 120 staff. In our complex world where violent extremists and hate groups organize, recruit, and launch attacks using net states’ products and services, it may seem like governments should welcome all the help that the net states can offer.

But we as citizens of a democracy must remain clear-eyed about what this means for us. While we can applaud net states for their assistance in areas like defense and diplomacy, citizens cannot count on net states for the long term as we can with governments. In other words, while Big Tech may at times choose to protect us, it is not their duty to do so. And here is the fundamental problem with governments ceding authority to net states: citizens have no recourse should they disagree with a tech company’s course of action. We the people didn’t vote Mark Zuckerberg or Jeff Bezos in, and we certainly can’t vote them out.

Sure, Big Tech has already shown it will step in when governments fail to act. For instance, when the category five Hurricane Maria wiped out the electrical grid in Puerto Rico in 2017, the US Federal Emergency Management Agency initially failed to show up. So Tesla’s Elon Musk stepped in, quietly sending solar panels and large-scale batteries to not only respond to the immediate crisis but equip the island with new sources of sustainable energy. And Tesla wasn’t the only one: Google sent in its Project Loon low-altitude balloons to restore internet and telecommunications.

This is great — until the companies leave, of course. Because what motivated Tesla and Google to come to Puerto Rico’s aid in its moment of crisis did not last forever. Project Loon was decommissioned this year, and Tesla’s solar panels were abandoned. If companies are providing critical infrastructure for residents, what happens to the island when Tesla and Google can no longer justify a business case to continue doing so? The lesson is clear: government must serve citizens; companies can, or not, as they like. This is why governments should be fighting, not hastening, the process of relinquishing government responsibilities to the tech sector.

But government is not the only influential agent here. We as citizens need to recognize that we are not powerless in the face of Big Tech’s expansion of power. We just need to organize our outrage. The power of organized outrage has shown itself in the Black Lives Matter and MeToo protest movements- activism that made the leap from social media into the streets. From online protests, it wasn’t long until the demands of these movements made their way into the political platforms, such as reallocating budgets of troubled police forces; or into boardrooms, which are finally holding misogynistic executives to account.

And most people are indeed outraged by Big Tech: according to a recent Pew Research poll, 79% percent of Americans express serious concern over how their data is being collected and used and 81% feel a lack of control to do anything about it. A new Edelman survey finds trust in tech companies plummeting around the world. Thus, in the same way that the BLM movement leveraged social media to organize people’s outrage to protest in the streets, users can create a collective movement to push back against Big Tech — using the very same tools that make us feel so powerless in the first place.

Congressman John F. Farnsworth argued in 1867, “The first duty of the government is to afford protection to its citizens.” Before Nevada or any other government signs away powers to govern to Big Tech, elected leaders would be wise to heed these words. Governor Sisolak’s Innovation Zones are a threat to the public interest that a responsible government should fight, not foster. 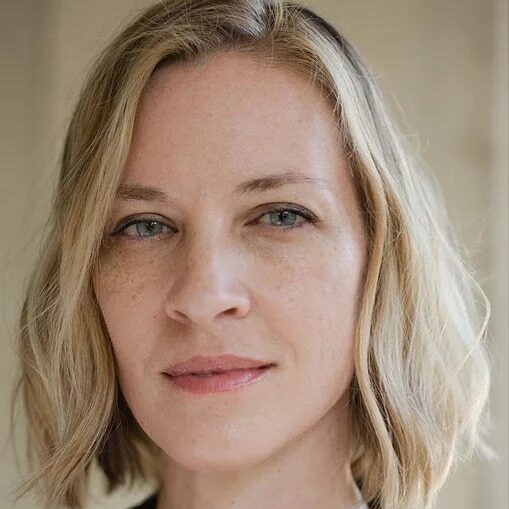 Alexis Wichowski teaches on government and technology at Columbia University, serves as Deputy CTO-Innovation for NYC, and is the author of “The Information Trade: How Big Tech Conquers Countries, Challenges Our Rights and Transforms Our World” (Harper Collins). Views expressed are her own.