Vaccines and the Mediation of Consent

Following Surgeon General Dr. Vivek Murthy’s announcement regarding the harms of health misinformation and President Joe Biden’s comments about it, the internet has been alive with The Vaccine Discourse. Is Facebook killing people? Is the government passing the buck? Who even can tell what IS misinformation, and who watches the watchmen, anyway?

I’ve spent nearly 7 years watching the anti-vaccine (anti-vax) movement evolve online, and I have some thoughts.

First: “evolve online” is exactly what this movement did. The ‘vaccines-cause-autism’ theory is misinformation- research has reinforced that time and time again for years – and it’s harmful. Once the Wakefield paper was retracted the media, over time, began to stop covering it. This is because it was harmful to amplify a fake “debate”. There were not two sides. An anti-vax mom’s opinion was and is not a valid counterpoint to the overwhelming body of research. This is not “censorship”. This is media deciding what not to amplify to avoid misleading audiences.

But the “vaccines cause autism” True Believers realized in 2009 that they could grow the movement on social media. Facebook offered the opportunity to create Pages, to go directly to increasingly large audiences, and to target new parents with ads suggesting they follow anti-vax Pages and join anti-vax Groups.

This dynamic increased significantly in 2015 when Calilfornia introduced a bill to ban “personal belief exemptions” for school shots. The anti-vax movement was furious. It grew on Twitter, YouTube, all over social media, networking with the Tea Party and Nation of Islam to expand its base.

This is when the rhetoric of “medical freedom” and “health choice” kicked into high gear. It was a deliberate rhetoric shift from the same exact people who had been tweeting for years about mercury, toxins, autism, and every health conspiracy theory under the sun.

Media wouldn’t cover them but SOCIAL media is an excellent tool for networked activism- and they could get themselves amplified. Platforms want to allow free expression; no one wants to tell people they can’t express a political opinion.

The problem is that the “health choice” rhetoric that opened the door to new adherents went hand-in-hand with blatant misinformation and demonstrably falsifiable claims. Come for the “freedom”, get indoctrinated about the toxins and microchips.

Babies of parents in the anti-vax groups died on several occasions, after parents took bad advice. There are real consequences here.

The movement leaders include a large number of grifters. The “Disinformation Dozen” isn’t new. Its members built their business over years, across platforms, and on Amazon. They sell books, webinars, supplements, detoxes. Social media offered an incredible opportunity to monetize for charismatic movement leaders. The Groups grew.

Facebook eventually decided it was time to crack down in 2019, a year that saw a major increase in measles cases- including an outbreak that left 83 dead, most of them children.. To its credit, Facebook removed anti-vax Groups from the recommendation engine, made the Pages harder to find, and stopped accepting money for ads.

These were important and critical policy interventions and they did address some of what the Surgeon General and President Biden are saying: people ARE getting bad information on social platforms, and for many many years social media recommended people into the groups and amplified the wild claims.

These dynamics are very similar to how QAnon grew; and, in fact, there was significant overlap between anti vax groups and Q groups as the latter grew. Recommendation engines did not help matters.

So just to be clear: social media had a major impact here in a foundational sense. And as COVID took off, the anti-vax apparatus – Groups, Pages, etc- and its affinity circles pivoted to denigrating the COVID vaccine. We have been documenting how at The Virality Project.

Facebook did take steps to improve, but there is much more to be done. As University of Washington researcher Kate Starbird points out, there are anti-vax networks and dynamics that are still present on Facebook- it will take more effort to mitigate these second order effects. And now, despite the focus on the Disinformation Dozen, perhaps the largest amplifiers of COVID health misinformation are figures like Congresswoman Marjorie Taylor Greene (R-GA14) and Fox News personality Tucker Carlson- politicians and media elites with huge platforms. That must be emphasized.

The political angle, “health choice”, really appeals to populists. It was a winning rhetorical strategy. And now we are in the morass of “ok but now what?” Here is where we need nuance: the government has not done the best job communicating with the public on health issues- for years.

The CDC and WHO lost significant public trust during COVID. They are used to the old model: experts in a room somewhere come to consensus and communicate it to the public. But that model does not work anymore, regardless of the topic.

Top-down control of information is bad, particularly when things that are still hypothetical are presented as concrete consensus. The other thing we have at the moment, though- politicized influencers and grifters giving people DIFFERENT inaccurate information- is also bad.

Flagging harmful content for review is not censorship. There are arguments to be made about who should be doing the flagging, what moderation approach the platforms should use (remove/reduce/inform) to address it. But “harm” must not be limited to “immediate incitement to violence”.

There are many questions: for example, what responsibility do influencers have in exchange for the popularity they enjoy? They now have more reach than most experts. If they use that influence to enrich themselves at the expense of their audience and public health, what is our recourse?

There’s also the “who decides what is misinformation” question. I have a longer article about that coming out in the next couple of days, but for now: one of the challenges we’re facing is that even in areas in which there are usually right answers- not political opinions, but scientific facts- the degree of uncertainty in a consensus is not being well communicated, and moderation has been too heavy-handed.

What I liked about the Surgeon General’s advisory is that it recognizes that in today’s democratized information environment, in which we ALL spread information, we all have a role to play. I recommend reading it- it’s not long.

People being actively misled about vaccines is causing severe consequences for society. But more broadly: there are going to be other, possibly worse, pandemics. And, there are other major issues on which misinformation will negatively impact collective social decisions, such as climate change. The status quo is not working.

We need government, media, social media companies, and the public – including citizen journalists and influencers – to work together to create an environment in which people are able to make decisions with the most accurate information possible.

DiResta is on the board of Tech Policy Press. 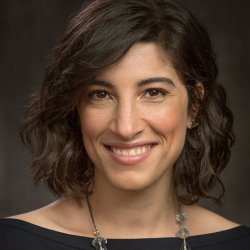 Renée DiResta is the Research Manager at the Stanford Internet Observatory. She investigates the spread of malign narratives across social networks, and assists policymakers in understanding and responding to the problem. She has advised Congress, the State Department, and other academic, civic, and business organizations, and has studied disinformation and computational propaganda in the context of pseudoscience conspiracies, terrorism, and state-sponsored information warfare.