Twitter finally did it.  On January 9th, 2021, Donald Trump’s account was permanently suspended from the platform.  In a statement, the company laid out its rationale. Twitter claimed that two of the President’s tweets on January 8th violated the company’s Glorification of Violence policy.  Fans and detractors of the President are debating across social media whether his account should have been suspended.  But the more critical question for democracy is why his Twitter account was so successful in the first place?  What does Trump’s success in weaponizing the platform by being novel and outrageous say about the future of US democracy?

Silicon Valley has a long standing libertarian, anti-statist ethos that promotes the idea that free speech, unfettered by the state, is most likely to promote the good society.  Viewed from this lens, even Trump’s outrageous statements contribute to the ultimate pursuit of “the truth.”  John Stuart Mill’s defense of lightly regulated speech presupposes that the best arguments will rise to the top and the bad ones will help us arrive at the truth, by either holding it up to scrutiny or replacing it altogether. Twitter’s ban is in keeping with Mill’s view of speech as allowable as long as it doesn’t directly cause physical harm. In my view, this is the wrong way to think about speech on social media platforms.

Early internet scholars conceived of the possibilities of creating a global digital public sphere.  While scholarly debate was more nuanced on the topic, platforms themselves adopted the idea of bringing people “closer together”.  Yet seldom does a company reflect on why we need to be brought closer together.  One possibility is rooted in liberal political theory. John Rawls’ concept of the overlapping consensus posits that stable democracies have groups of people who agree on a set of rules and use public reason to present arguments to one another. By engaging on social media, we can do what Karl Popper suggests: subject our views of the truth to conjecture and possible refutation. This is the basis of an open democratic society.  Under this perspective, Trump’s tweets, if they aren’t rooted in fact, will wilt under the harsh light of the open society. Enough “conjecture” and “refutation” in an open society, like Popper said, will move us towards positions of mutual agreement from which policy can be based.

It doesn’t take too much time scrolling through social media feeds to realize that this is not how public speech works.  It is maxim by now that in the marketplace of ideas, we don’t drift toward the “truest” arguments, we drift towards those that fit our preexisting world view.  This isn’t hard to understand.  The cognitive dissonance that comes with having your views challenged is an uncomfortable feeling.  Conjecture and refutations are a nice ideal, but in the real world subjecting your views to scrutiny is mentally and emotionally taxing.  Especially in an era where our views are deeply rooted to our identity.  In a diverse and pluralistic nation like the United States, What we think is increasingly tied to who we think we are. For many people, to challenge their ideas, is to challenge their very being. This is why Trump’s tweets are so resonant. He was able to engender loyalty and tie support for him to individual core identities.

This is what makes banning Trump from Twitter a pyrrhic victory.  For large numbers of supporters, to ban him is to ban them, or at least to invalidate their core identities.  Yet liberal theories of public discourse don’t give us a good way of understanding the anger of Trump supporters.  An anger that isn’t going to go away after Trump’s ban.

We need a more realistic view of public speech.  One possibility comes from agonistic political theory.  Agonists, like Chantal Mouffe and William Connoly, argue that an overlapping consensus view of public speech ignores fundamental ontological differences in how people see the world.  Rooted in post-structuralist theory, agonism focuses less on public speech being a search for truth and more on how societies can function among different discourses.  Rather than seeking reason-based mutual agreement as the mark of a healthy democracy, an agonistic approach emphasizes the incommensurability of competing value positions and sees the ultimate aim of democracy as an exercise in “keeping the game going.”  For agonists, there may be “facts’ but these facts are interpreted by different groups in ways that are ultimately irreconcilable.

If this is true, are we destined to fight each other on social media to the detriment of democracy?  William Connoly says no.  It is possible to have a healthy agonistic democracy provided some basic conditions are met.  First, parties have to be encouraged to present their discourses in good faith.  Second, parties have to agree that other discourses have a legitimate place in the debate.  Failure to do these things leads to what Connoly, borrowing from Nietchze, calls ressentiment, a condition under which people feel like they aren’t fully respected members of society and hence withdraw and disengage from politics.  This disengagement can be passive withdrawal, or it can take more violent forms.

In a recent paper, agonist political theorist Richard Neve and I propose that platforms consider creating agonistic algorithms that nudge users towards viewing alternative counter-narratives to events, rather than simply steering them towards “truth” or placing labels on tweets they see.  Rather than removing content for not being “true,” platforms should introduce users to the myriad of ways in which facts can be interpreted.  Or, as Fred Turner says, they should make sure that users experience “collisions with difference.”  In our paper, we refer to this as an orthogonal approach to algorithmically-based suggestions.

To be sure, there are some discourses that are so damaging or nonsensical that they can’t be taken seriously in a good society and determining which are those will undoubtedly come with value judgments that might alienate some members of society.  But a shift towards an agonistic view at the very least moves platforms from the unenviable role of trying to adjudicate truth claims in ways that will engender ressentment among a sizable part of the electorate.  An agonistic view sets conditions for moderation based on the types of discourse that leads to ressentiment.  This is more than what Richard Rorty calls an “improvement in manners.”  Discourse that paints “the other” as illegitimate members of the polity can do lasting damage to citizens’ belief that they have a place in the system. On this basis, President Trump’s tweets should have been banned from the platform much earlier. If platforms see their role more as perpetuating rather than closing off “contestation” by encouraging users to see a multitude of perspectives on the truth, we might get to keep this democratic system around for a bit longer. 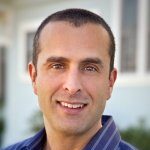