On social media, even when a fact is agreed on, its meaning can easily be reverse-engineered. The thought came to mind watching Facebook’s battle with Australia over the country’s news media code.

The passage of the world-first News Media and Digital Platforms Mandatory Bargaining Code on February 25 handed a measure of commercial leverage back to Australia’s media, which had, like media elsewhere, seen its ad revenue chipped away at by the digital ecosystems created by Facebook and Google.

Following years of inquiries, the law was about to pass Parliament when Facebook, in what was seen as a hard-bargaining tactic, deplatformed Australian news.

For many in the tech world, the meaning of Facebook’s fight with Australia was clear: a backwards government conducted a “shake down” of tech innovators with a “link tax” on news. The law was written not because of concerns by the government about a sustainable media sector but because Rupert Murdoch “controls” Canberra.

After Facebook agreed to restore its services days later, and the Australian government amended the bill, there are other meanings to take from the event.

We’ve come to accept disinformation and extremism on social media as a basic cost of communication in modern life.

That can’t be a surprise when Facebook allows users to essentially vote on reality, and then provides incentives for those same users to turn against each other. News content forms the ammunition for their debate.

As one researcher told me, fringe groups organized on social media platforms are robust consumers of authentic news which they “hate-read”, curate, and recast with a meaning contrary to the reporters’ intentions.

An article on a government’s calls to observe coronavirus lockdowns can be shared as “proof” of a conspiracy to oppress the public. One just has to disbelieve and connect with other disbelievers.

The real significance of Facebook halting Australian news’ access to the platform, was – for me at least — the disruption of the symbiotic relationship between media, social media and disinformation research.

What is the relationship? It differs depending on where you stand. From my vantage in Australian media, it’s journalists reporting on clusters of objectionable, extremist or conspiratorial content that surfaces on social media. Disinformation researchers often uncover the campaigns and communities. Media is both saddled with tracking and reporting on this material, and simultaneously deriving benefit from the stories (more headlines, more readers).

Much of that cycle revolves around what author Siva Vaidhyanathan calls the “constant invocations of the odious things Facebook failed to remove but should have”.

The problem with the cycle is that, with everyone’s senses nearly always occupied with social media, there is no space for thought about a more systematic approach to curbing the pernicious effect of disinformation and conspiracy theories on politics.

To get a sense of how pervasive Facebook’s influence on something as essential as political communication is, consider that one of the tools journalists and researchers use to find the objectionable, extremist material is Facebook-owned CrowdTangle.

Even those watching the platform in the hopes of rooting out bad info use the tools controlled by the platforms. That suggests that not just the platform, but the disinfo researchers-ostensibly patrolling it, are to a degree working inside Facebook’s “walled garden.”

People are constructing careers and earning advanced degrees in this ad hoc information landscape – social media intertwined with media – that is counterproductive to a functional democracy.

The status quo that remains doesn’t put us on a path to a better place: a more fact-driven, more cohesive society. Instead, it enables small, symbolic victories: more news stories, more reports, more take-downs of content where nothing fundamentally changes or improves, leaving no prospect of repair for what is broken.

If nothing else, the short-lived ban on news gave us in Australian media a moment to ponder what, if Facebook stayed separate from news, the longer-term outcome could be?  Would Australians observe a divide between news and what flowed on the platform?

In the short week when Australian news was off Facebook, anti-vax groups continued to organize on the platform. The media and the government were also in surprising agreement about Facebook’s role in the information ecosystem.

“They’re basically saying to Australians: ‘If you’re looking for reliable news, Facebook is not the place to look for it,” Communications minister Paul Fletcher said. This was a point also made in media editorials.

Even as it devours our attention, social media is far from inevitable for the world of politics and news. Widespread social media use began less than 20 years ago.

Part of the reason we believe Facebook has a role in news today, I suspect, is the presumption that it represents technological progress. Yet, social media used for news doesn’t encourage political progress, but rather political regression.

The engineered reality of people forming communities around photos and memes appears to encourage political disorder – even as the process generates unlimited pegs for news stories and networks to be exposed by disinformation researchers.

The platform invites undue complications for the already complex business of informing a democracy. This doesn’t necessarily mean that Facebook is “evil” but perhaps it’s inappropriate for constructing our shared political reality.

The pursuit of political progress – better, stronger, more fair and more functional democracies – has to take us in a different direction. We should think about how to ward off the undue complications that arise between social media and journalism.

If we weren’t occupied by endless crises and retail victories in this ad hoc information space, we could focus on a more comprehensive goal: a clearer public debate that takes place in an information space that is built around values that sustain democracy.

For a few days in February, we got a taste of that alternate reality in Australia. 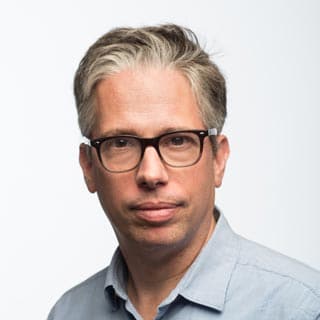