How States Can Close the Digital Divide

There is a rare bipartisan consensus across states and Washington D.C. that the digital divide needs to be closed as reliable internet access expands opportunity and well-being for Americans. But there is less consensus on how to address the divide. With the federal government poised to spend $65 billion on rural broadband, and states and local governments pitching in tens of millions more, we set out to identify the issues causing the digital divide in Louisiana and Mississippi and propose solutions that actually fix the problem.

Our organizations recently released a report, The State of Broadband, to explore the digital divide and find real solutions to increase access and adoption in Louisiana and Mississippi. It is clear from the data that many rural areas in our states suffer from not having access to the internet, but a much larger population of our states have access to at least one broadband provider but choose not to adopt an internet connection. Closing the digital divide will require more than just expanding access- we have to shift the conversation towards the issues of adoption.

In order to truly address the digital divide, policymakers must consider adoption, not just accessibility. Our report found that many of those who have not adopted internet believe that getting connected will not make an impact on their lives or lack the technological skills to get connected. Others cite the high costs of quality connections in rural areas. Policymakers must be prepared to effectively respond to their concerns if they truly wish to expand internet access, especially in rural communities.

Increasing adoption by educating and lowering costs for those who can’t afford it will be a critical aspect of closing the existing disparities. This becomes all the more important as our economy moves online through telehealth, gig work, and remote work. State and local governments should partner with civil society groups to increase adoption of the internet and increase the desirability of private investment in previously unserved areas.

Unfortunately, from Washington, D.C., to Jackson, to Baton Rouge, policymakers have been focused on simply throwing money at the problem. Some proposals even come with strings attached like favoring one technology over another or subsidizing government owned broadband networks. Rather than focusing only on costly solutions like laying miles of fiber, we propose removing barriers to cost effective, more easily deployed solutions, including 5G Infrastructure, low-orbit satellites, and fixed-wireless internet. All of these solutions can address both the gaps in accessibility and adoption in rural areas, as they are cheaper and faster to deploy.

It has become common in today’s political climate to look towards Washington D.C. for solutions to our problems, but the solutions for the digital divide will be found in our state capitols and with our local leaders. Addressing the digital divide will require state and local officials to take the steps to reduce regulations and allow the private sector to innovate and deploy broadband.

Our report found many barriers to be removed, including reducing costs and application times for 5G installment, reducing government fees for access to right of ways, making it easier for the private sector to utilize existing state infrastructure, and standardizing taxes and recurring fees.

Time and time again, we’ve seen great innovations move America forward when government steps out of the way and allows the private sector to get to work. Closing the digital divide will be no exception.

Douglas Carswell
Douglas Carswell is the President & CEO of the Mississippi Center for Public Policy. Previously a Member of Parliament in Britain for twelve years, Douglas was re-elected very time he stood. He also co-founded Vote Leave, the official campaign that won the Brexit referendum in Britain. 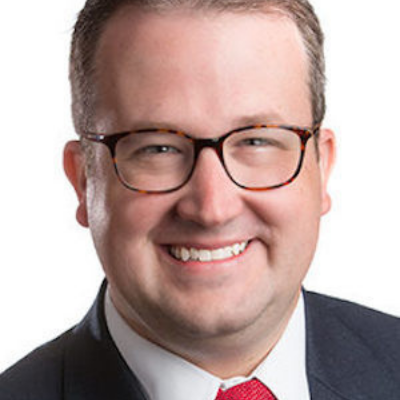 Daniel Erspamer
A nationally recognized free-market leader, Daniel Erspamer has spent his career building and growing effective policy organizations around the country. Since being appointed Pelican Institute CEO in 2017, he has built a team and strategy to address Louisiana’s most substantial policy challenges and to create a Louisiana where everyone has the opportunity to flourish.