Google Fiber and Why Monopolies Suck

Antitrust is having a moment in the United States. Concerns over competition, consolidation and monopoly are making the docket in House and Senate committees, and a slate of new appointments by the Biden administration– including Lina Khan to chair the Federal Trade Commission (FTC), Jonathan Kanter to lead the Department of Justice’s Antitrust Division, and Tim Wu to the National Economic Council– promise to address these issues.  Tech companies are nervous, and rightly so: for example, Google is still battling an ongoing antitrust lawsuit from 2020 for its power over search, and in September, the Department of Justice’s Antitrust Division announced a new lawsuit concerning Google’s dominance in online ads.

Antitrust is often framed as a macroeconomic issue, but the consequences of monopoly are often incredibly personal. I got first-hand experience of how monopoly power warps corporate behavior when I joined Google Fiber, an internet provider, as a software engineer in 2015. I chose Fiber above other teams at Google because I had bright-eyed notions of helping to expand internet access in “digitally divided” communities: often majority-Black and Brown communities where broadband internet access is unavailable or too expensive. By the time I’d left the team, though, Google Fiber – along with its supposedly altruistic ambitions – had been significantly downsized and defunded.

The whole experience taught me that a company often has to be a monopoly in one sector to compete with other monopolies in another. Here, Google’s monopoly in search made it able to compete against the big internet service providers. But market power is just a prerequisite to compete – it doesn’t guarantee a win in that new sector. If a company enjoys monopoly profits, it is often insulated from real market forces, which convinces it that it can succeed in new markets it doesn’t fully understand.

When Google Fiber hit roadblocks – local ordinances, disinterested founders, entrenched competitors – Google’s steady ad business allowed it to balk and downsize the Fiber program without endangering the company’s main profit engine. This quick investment-disinvestment cycle can become a hallmark of financialized monopolies, with companies leaving lost jobs and broken promises in their path before moving onto the next new “disruptable” market.

In 2015, Google Fiber considered itself an underdog. A few other companies–such as Comcast, Verizon, and Charter– had largely cornered the home internet market in the U.S., leaving most consumers with only one high speed internet provider option. The high-speed internet market had several conditions that helped support its existing monopolies.

First, the cheapest way to deploy fiber-optic cable is by stringing it up between telephone poles. In many cities, local ordinances grant each utility company 90 days or longer to move their wires to accommodate a new company’s aerial fiber optic cable, creating a high barrier to entry. Google often wanted the uppermost spot on a utility pole, which is considered the best for several operational reasons, and so faced huge delays. While less well-resourced companies just have to wait, Google responded by deploying lobbyists to local governments in favor of One Touch Make Ready laws. These laws would allow Google, or any new purchaser of a spot on the pole, to move all the other wires at once. This is actually not a bad idea, policywise, but Google could never have afforded this lobbying without steady profits coming in from its dominant position in search and ads. It was a large up-front cost that would take many years to recoup, and a smaller or less well-capitalized company could not have managed it.

Second, in 2015, 76% of Americans still watched TV via cable rather than via streaming services like Netflix or Hulu, so Fiber needed to offer cable as an option. (That number has since dropped to 56% this year, according to Pew Research.) Content costs raise a high barrier to entry. Each network, like HBO or Showtime, owns exclusive rights to its own content and so can force carriers to pay a price they name to carry sports and must-see shows. Internally, this was often talked about as one of Fiber’s largest fixed and immovable costs. A smaller company would likely not have been able to afford it.

Burning capital to compete on price

In this environment, even with the high prices they were paying for aerial fiber and TV content, the only way Google could enter markets in major American cities was to charge below-cost prices to consumers. Once Google had a toehold in the market with a stable base of subscribers, it could start charging more to recoup its big expenses.

Ironically, getting competitors to lower their prices and provide faster service was initially the whole point of the Fiber experiment. The faster and cheaper the internet service, the more time people spend online, seeing more ads and making Google more money. This gave the early Google Fiber team a scrappy, underdog vibe that I saw employees and customers respond well to. However, once that goal was achieved – Comcast, Verizon and AT&T did start offering high speed plans at cheaper prices – Google execs, foreseeing slowing growth in mobile ads, realized Fiber had potential as the next stable revenue stream. The new goal was “Make Fiber the #1 ISP in America” – a familiar vision of market dominance.

As anyone who has noticed Uber’s price increases from 2015 to 2021 can appreciate, charging low prices to gain market dominance (which can be a form of predatory pricing) and letting investors pick up the tab is an unsustainable business model in the long run. Sooner or later you have to start raising prices. And that only works if you’ve gained enough market power to shut out competitors, amassing a huge customer base you can now force to pay your higher prices because they have no alternative. Google Fiber was still in the expansion phase, so it needed vast infusions of capital– akin to Uber’s blank check from Softbank— to compete with the existing monopolies in the market – and it didn’t yet have that large customer base.

Sure enough, in mid 2016, my team got word to stop working on our projects, and soon after, Fiber dramatically scaled down operations, because it didn’t think it could be profitable with its existing business model. My colleagues and I were lucky – we all found new teams to work on at Google, but many other folks lost their jobs. Fiber still exists, but with much smaller aspirations and a smaller budget.

Internally, Fiber employees recognized that part of the reason Fiber’s funding got cut was that then-CEO of Google Larry Page had lost interest in the idea. Projects get killed on a whim rather often in large corporate environments, and at the biggest corporations that means laying off hundreds of people.

The only firm that could have done what Fiber did with any hope of success – trading on such vast resources to enter a monopolized market as an underdog – was one that already had a monopoly in another field, like search or online ads. Similar to how Amazon subsidizes its retail with profits from AWS, Google funnels money from its search ad monopoly to Fiber and its “Other Bets”, hoping one of them will gain the market power necessary to become successful. Not all of these bets succeed — for example, Google Plus failed to challenge Facebook’s dominance in social media, revealing just how difficult it is to compete in consolidated industries even if you have the money.

Why Are Monopolies So Bad?

In general, monopolies decrease consumer choice, raise prices, and cut quality. Consolidation makes markets less resilient to shocks (like COVID) and can increase the risk of major disruptions to the supply chain, such as the current shortage of specialized plastic bags required to make vaccines. Driven by lax enforcement of merger and acquisition regulations since the 1980s, markets are becoming more concentrated in a growing number of areas – from pharmaceuticals, athletic shoes and books to airlines, semiconductors and rental cars – and internet services.

Monopolies both blind corporations to and insulate them from the risks of new ventures. Google can afford to spin up and then cancel projects frequently because it has so much extra cash from its search ad business. Google’s all-but-abandonment of Fiber didn’t hurt the company – Alphabet stock dipped briefly and rebounded a month later. On the other hand, repair technicians, fiber installers and construction workers saw their contracts cancelled or got laid off. Would-be customers were angry after being bombarded with promotional advertising about Fiber and then getting dropped. Fiber’s Community Impact team had promised free Fiber in digitally divided neighborhoods and training and jobs for new Fiber installers at the Fiber Academy in majority-Black Atlanta. The Fiber Academy is no longer mentioned on the website.

Finally, monopolies interfere with democracy. If we have huge corporations that can spend money to get certain regulations reversed and elect pro-monopoly politicians, we lose any meaningful way to rein in monopolies. This becomes a self perpetuating cycle, and we’re just now starting to see the massive effort required on legislative, judicial, executive and public opinion fronts to begin to break that cycle.

The good news is that the rich history of antitrust activism in the U.S. means there’s a playbook for how to rein in monopolies, and Congress and the FTC are beginning to dust it off. Newly-appointed FTC Chair Lina Khan is well-versed in that playbook, having written one of the latest chapters herself. Zephyr Teachout makes the compelling case that we have to both break up big corporations and regulate them. If we only break up monopolies with few other restrictions, they can re-form (this is known as the Starfish problem). Furthermore, we’d be missing the need to regulate harmful monopolistic behavior, not just size. On the other hand, if we only regulate these corporations, their huge size and power, combined with their current ability to donate unrestrictedly to political campaigns, are such that their lobbyists will get the regulations removed within a decade.

Congress is currently considering a package of five antitrust bills that together would address some of the most pressing problems with American consolidation and monopoly. They don’t make it easier for new wires to get added to telephone poles and they don’t cut TV show costs – they do something far more important, which is to start to limit the mechanisms (like mergers) that let corporations get big enough to squash their competitors in the first place. Tech companies are already lining up lobbyists to argue against them, which is how you can tell the bills are cutting to the heart of the problem.

Despite substantial insulation from competitive market pressures, monopolies like Google aren’t necessarily great places to work, either. Shortly after I joined the Fiber team, Apple and Google settled an anti-poaching class action lawsuit alleging the two companies had conspired not to hire each other’s employees, a behavior that was driving down workers’ wages. And this year, six years after I left the company, I got a settlement notice in the mail, saying I was entitled to $575 because Google had systematically underpaid female engineers by undisclosed amounts. I’m still waiting for my check. 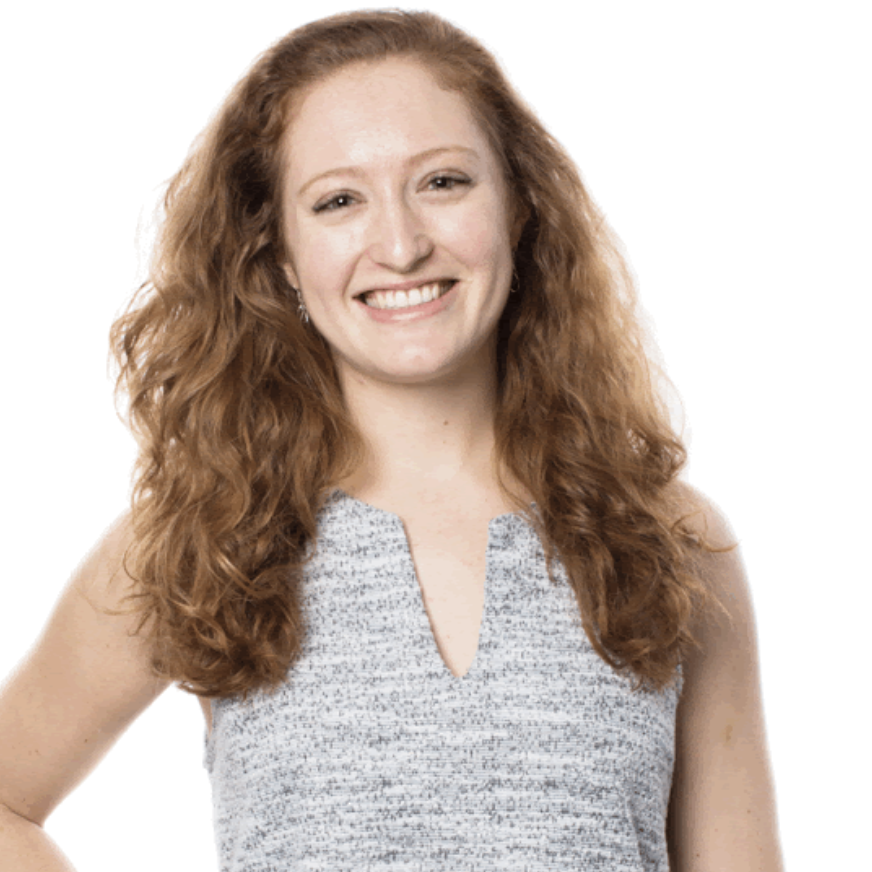 Samara Trilling (she/her) is a software engineer at Justfix.nyc and a policy technologist working on algorithmic regulation, anti-monopoly policy, and tech labor law. As a fellow at the Aspen Tech Policy Hub, Samara wrote policy recommendations for machine learning regulation. Previously, Samara built software at Sidewalk Labs and Google. Samara has a degree in computer science from Columbia University with a specialization in artificial intelligence. Samara loves hiking, books on the history of computing, and planning her land cooperative.