The document comes in the wake of a June ruling that dismissed the initial complaint by the U.S. District Court for the District of Columbia, on the grounds that it failed to establish that Facebook behaved as a monopoly. The amended complaint piles on more evidence to support the FTC’s contention that Facebook is an anti-competitive monopolist that abuses its power, much of which I tried to capture in real-time.

Here are five key points from the 80-page amended complaint:

Maintaining its monopoly through acquisition was a natural choice for Facebook. The company has long sought to achieve and maintain dominance through acquisitions rather than competition, reflecting a deeply rooted view within Facebook that, as Mr. Zuckerberg put it in a June 2008 internal email, “it is better to buy than compete.” Page 21

As Mr. Zuckerberg recognized, by simply acquiring firms able to gain scale, Facebook could make up for its failure to innovate and forestall future threats: “[O]ne way of looking at this is that what we’re really buying is time. Even if some new competitors spring[] up, buying Instagram, Path, Foursquare, etc now will give us a year or more to integrate their dynamics before anyone can get close to their scale again. Within that time, if we incorporate the social mechanics they were using, those new products won’t get much traction since we’ll already have their mechanics deployed at scale.” Page 23

For example, in 2008, Facebook licensed contact importing services from a company called Octazen. Contact importing services facilitate the rapid growth of networks of contacts—critical to direct network effects—by seamlessly pulling contacts from a user’s digital address book and importing them for use in an app. Facebook soon realized that acquiring Octazen would deprive rivals and potential rivals of this “key” resource for growth and engagement. As an executive explained: “By [buying Octazen], we would: . . . Let [sic] everyone else in the industry without a provider for contact importer libraries.” In discussing the acquisition, Facebook executives focused not on what Octazen would add to Facebook, but on how the acquisition would let Facebook deny rivals a technology key for increasing user interactions and generating network effects. Describing this dynamic, another executive explained that the Octazen “acquisition could be interesting if for a few million we could slow some competitors down for a quarter or so . . . .” Immediately after completing the acquisition in February 2010, Facebook terminated all third-party access to Octazen. Pages 24-25

a. In 2020, the United Kingdom’s Competition and Markets Authority (“CMA”) concluded that “Facebook has significant and enduring market power in social media” within the United Kingdom. The CMA’s conclusion that Facebook possessed significant market power was based in part on commercially available data, from Comscore, indicating time spent by users on Facebook services and Facebook’s reach among U.K. internet users. The CMA determined that Facebook, including WhatsApp, accounted for more than 70% of the time that U.K. users aged 13 and over spent on social media platforms as of February 2020 and “around 75%” of time spent on social media for a number of years. The CMA also observed that Facebook apps reached over 85% of U.K. internet users.

c. In 2019, the Australian Competition and Consumer Commission (“ACCC”) published the results of its Digital Platforms Inquiry which, among other things, assessed Facebook’s “market power” within Australia based on, among other factors, monthly users of social media services within Australia and the time that users spend engaging with the services. Specifically, the ACCC conducted a survey to assess the percentage of digital platform users who used various platforms on a daily basis, and commercially available information regarding Facebook’s monthly audience and time spent. The ACCC concluded, inter alia, “Facebook is insulated from dynamic competition by barriers to entry and expansion, advantages of scope, and its acquisition strategies.” Among other factors relevant to barriers to entry, the ACCC found that “[t]he size of Facebook’s audience is more than three times larger than the size of Snapchat’s audience (the closest competitor to the Facebook platforms). This network effect creates a significant barrier to entry and expansion.” (Page 67)

A critical transition period in the history of the internet, and in Facebook’s history, was the emergence of smartphones and the mobile internet in the 2010s. The emergence of these technologies fundamentally disrupted the digital economy by allowing people to connect on the go. As users increasingly shifted online activities to the mobile internet, opportunities arose for innovative, upstart companies to challenge Facebook and other giants that had grown dominant in the desktop age. Venture capital and other funding flowed to startups like Instagram, which allowed users to connect through photo sharing, and WhatsApp, which provided messaging services. These upstarts became popular quickly.

Failing to compete on business talent, Facebook developed a plan to maintain its dominant position by acquiring companies that could emerge as or aid competitive threats. By buying up these companies, Facebook eliminated the possibility that rivals might harness the power of the mobile internet to challenge Facebook’s dominance.

Facebook recognized that the transition to mobile posed an existential challenge— and that Facebook had a brief window of time to stymie emerging mobile threats. Pages 3-4

Having suspended its anticompetitive platform policies in response to anticipated public scrutiny, Facebook is likely to reinstitute such policies if such scrutiny passes. Indeed, to this day, Facebook continues to screen developers and can weaponize API access in ways that cement its dominance. Moreover, Facebook is likely to reinstitute its conditioning or other, similar anticompetitive practices when it next faces acute competitive pressures from a period of technological transition. Such pressures may arise, for example, around increased use of artificial intelligence or around Facebook’s own view that future dominant technology companies will offer users a compelling “metaverse,” a virtual environment that hosts users in digital spaces—and that, as Mr. Zuckerberg recently said, will be “the successor to the mobile Internet.” Page 48

There is no government sanction barring Facebook from reinstating its policies, and Facebook’s own representations have proven meaningless on multiple occasions. In fact, since 2012, Facebook has paid heavy penalties relating to misrepresentations to both users and regulatory authorities. For example, the FTC in 2011 alleged, in an eight-count complaint, that Facebook made deceptive representations to users about how it shares and protects their data. To resolve the allegations, Facebook agreed to a consent order restricting it from making certain misrepresentations about user privacy and obligating it to create a new privacy program. The Decision and Order became final in August 2012. Yet, only a few months after signing the 2012 Consent Order, Facebook reverted to conduct that would lead the FTC to take enforcement action yet again. Following a subsequent investigation, the FTC brought a second action stating that Facebook’s continued failure to protect user privacy and its series of misrepresentations violated the FTC Act and the 2012 Consent Order. To resolve the new charges, Facebook agreed to a settlement requiring that it pay a record-breaking $5 billion penalty and imposing new injunctive provisions set forth in modifications to the Decision and Order, including a new corporate structure with additional privacy compliance channels and oversight layers. In granting the motion to accept the settlement and enter the stipulated order, Judge Timothy Kelly wrote that Facebook’s alleged violations of “both the law and the administrative order is stunning.” United States v. Facebook, Inc., 456 F. Supp. 3d 105, 117 (D.D.C. 2020).

The FTC complaint documents Facebook’s monopoly power in personal social networking services all the way back to 2011, when it first began to suggest to advertisers that it controlled “95% of all social media in the US,” with 156 million unique users. As the suit notes, “[at] the same time, MySpace had just twenty-seven million users in the United States,” and lower engagement. It’s hard to believe it was a decade ago when Facebook touted its dominance and left MySpace for roadkill gaslighting the public with privacy promises while engineering the rest of the web to act as servants to its surveillance economics. Is 2021 the year regulators will finally hold the company to account?

Although there are a plethora of lawsuits from attorneys general and new gatekeeper bills directed at Facebook by both Congress and EU Parliament, all eyes will be on this amended complaint by the FTC under the stewardship of new Chair Lina Khan to find out if the complaint will move forward. It certainly seems a good bet considering the depth of Facebook’s deceit over the years and the clarity in the FTC’s response to the Judge’s concerns. And for those familiar with US vs Microsoft, the lawsuit itself may be as problematic as the ultimate outcome of it. Moving fast and breaking things is near impossible when the eyes of the US regulators are peeking over your shoulders at every move. 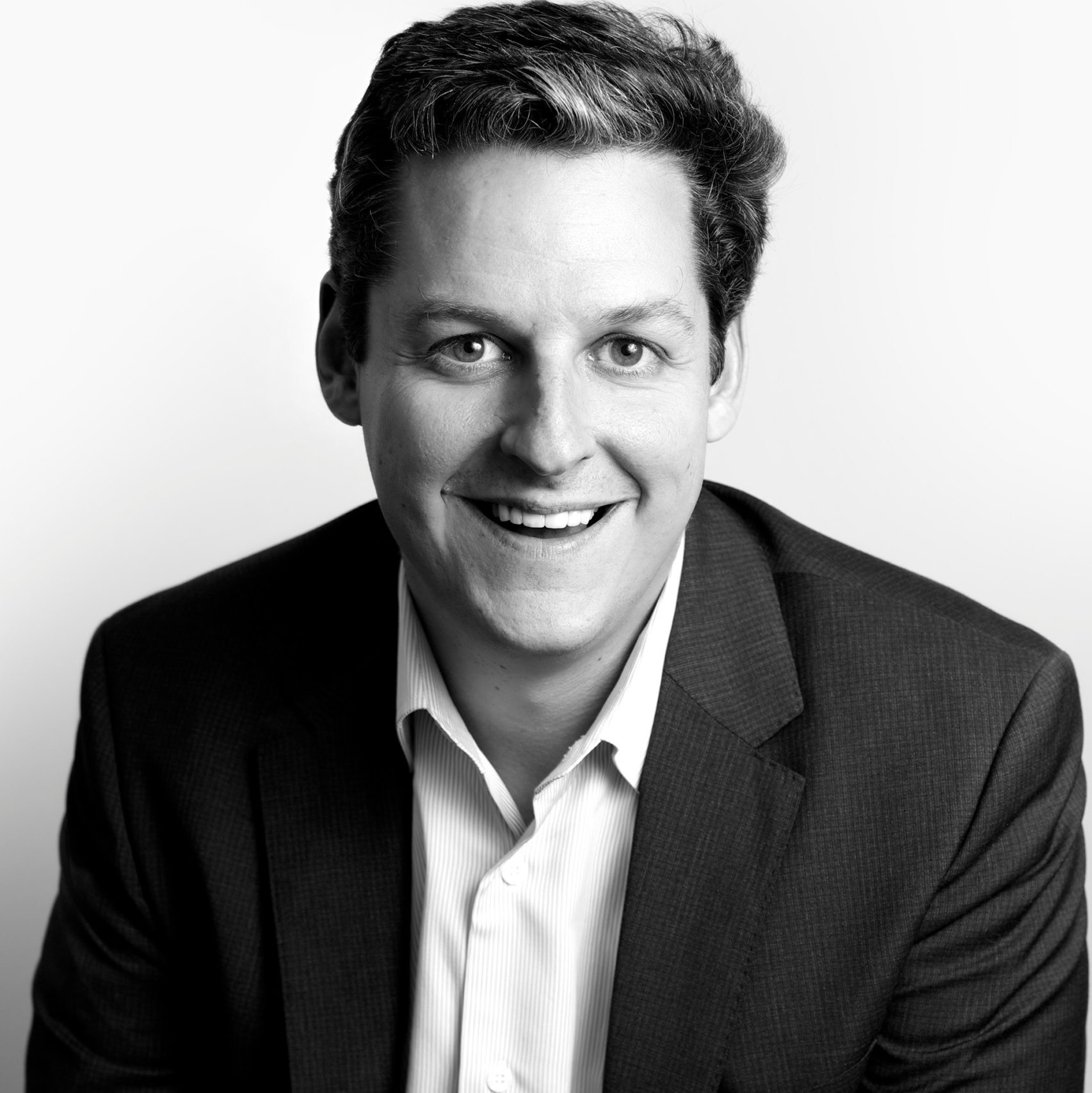 Jason Kint is CEO of Digital Content Next, the only trade association to exclusively serve the unique and diverse needs of high-quality digital content companies that manage trusted, direct relationships with consumers and marketers. Jason guides DCN’s diverse and powerful group of members — established brands such as The New York Times, Conde Nast and ESPN, and digital natives, such as Vox, Politico and Insider — into the future setting the agenda on a range of issues. Jason also serves as Chairman of TRUSTX, a cooperative digital advertising marketplace designed to address the industry’s trust, transparency and accountability challenges in digital advertising. TRUSTX is a wholly-owned subsidiary of DCN operating as a public benefit corporation. A 25-year veteran of the digital media industry, Jason led the evolution of CBS Sports into a multi-platform brand after serving in various executive roles launching and leading the websites for all of Times Mirror Magazines’ flagship websites under the ownership of Times Mirror, Paul Allen and later Condé Nast.