The time has come to build publicly-funded and publicly-managed online networks, says Jordan Guiao, a Research Fellow at The Australia Institute’s Centre for Responsible Technology.

The Facebook Oversight Board’s highly anticipated ruling on former President Trump’s suspension ultimately resulted in a rather irresolute conclusion, informed by the idiosyncrasies of Facebook’s internal policy, that betrays the limitations of this exercise in self-regulation. While some compare the Oversight Board to Facebook’s version of a ”supreme court”, Facebook is indeed not actually a sovereign nation. But its ubiquitous platform has, for many, come to serve as a primary public square, where citizens can gather, debate and participate in current affairs.

This usurping of our public square has resulted in many pressing issues, from disinformation to discrimination, and this latest ruling has highlighted that Facebook’s for-profit imperative is not fit to service our civic needs.

The reason why Facebook is so incapable of addressing civic issues on its platform is that the platform was not designed for this function. A healthy public square affords a community the space to express its interests in a democratic context. Facebook’s forum is dominated by commercial interests.

So rather than wondering why we can’t square this particular circle, we need to instead reimagine what a democratic public square should look like online. These themes are explored in detail in a new report titled The Public Square Project, which I authored with Peter Lewis.

In the early 20th century, faced with the binaries of state-based propaganda versus divisive corporate interests that were plaguing radio, John Reith imagined a third way – a public network designed to serve public interests that was publicly funded but remained independent of government. This heralded the creation of public broadcasting and what became the British Broadcasting Corporation.

We find ourselves in a similar situation today, with Facebook exemplifying the divisive corporate agenda, and oppressive state-controlled internet models (such as those in China) representing the other end.

Our current failure is in our inability to imagine anything else beyond these two extremes, with any critique of the capitalist American model being deemed communist and repressive, and the Chinese model being seen as contrived and barren.

Scholars like Ethan Zuckerman of the University of Massachusetts Amherst explain that a particular operating model of online platforms is not inevitable but rather is the product of political, economic and cultural forces.

Isn’t it time, then, that we allow ourselves to imagine a different type of public square online, given that the dominant model has failed so spectacularly?

In my native Australia, this question was forced upon us in February 2021, when Facebook banned news organizations and public service profiles from the platform. This was a result of pending legislation that required internet platforms to negotiate fees with news organizations in Australia. Rather than complying, Facebook instead banned news profiles (as well as dozens of critical public service profiles like the official weather department and emergency services pages). While Facebook ultimately relented and these profiles were reinstated, this galling display of power left its mark on Australian citizens. Recent polling found that the majority believe Facebook has too much power and influence and are looking for better alternatives.

Eli Pariser, a founder of Upworthy and Avaaz, has also advanced the idea of public digital spaces as healthy alternatives and supplements to private online platforms. Just as in the physical world, we benefit from and crave community spaces like parks and libraries, providing sanctuaries from commercial high-rises and private clubs. Public spaces that “celebrate individuality and build collective identity… help weave a great, more egalitarian ‘we’,” says Pariser.

Importantly, parks and public spaces are maintained by skilled stewards, actively making sure they are kept safe, clean and healthy for the community, in stark contrast to the toxic and unkempt wilderness of commercial social networks, which give rise to conspiracy theorists and the types of extremists that fuel violent insurrections.

So rather than the extremes of divisive commercial online platforms, and state-based censored platforms, why don’t we build something in the middle – publicly-funded, but independently managed online networks modeled on public broadcasting’s Reithian principles to serve the public interest.

Rather than an engagement-at-all-costs algorithms, a public network would develop public interest algorithms, perhaps designed to promote civility.  Public service algorithms could be designed to promote serendipity and discoverability, promoting a balanced information diet for community members. Digital public spaces could have in-built fact-checking and information quality controls, real-time feedback loops to disrupt dark patterns and complete transparency in the design, code and management of algorithm development.

Instead of a surveillance advertising paradigm, public online networks could explore ethical network design, employing human rights principles as building blocks for the entire network. Ethical network design would involve citizens and community members working in a participatory manner to co-design key initiatives so that network building is not an isolated exercise.

Ethical network design might involve the development of engagement features and choice architectures that ‘nudge’ the public towards beneficial public health outcomes – like up-to-date and accurate information on vaccines during outbreaks, towards emergency and community updates during national disasters, and towards public services that encourage participatory democracy.

Instead of hyper-individualized content feeds and microtargeting, a public network could facilitate digital community building that would support communities and help them thrive online.

Digital community building would focus on empowering community leaders, rather than shallow ‘influencers’, and importantly would actively steward a network actively and enforce civil and respectful conduct; as opposed to the back and forth belligerence that passes for ‘conversation’ on commercial social networks.

Rather than investing more time into scrutinizing Facebook, we owe it to ourselves to dream up something new. The time has come to build publicly-funded and publicly-managed online networks. 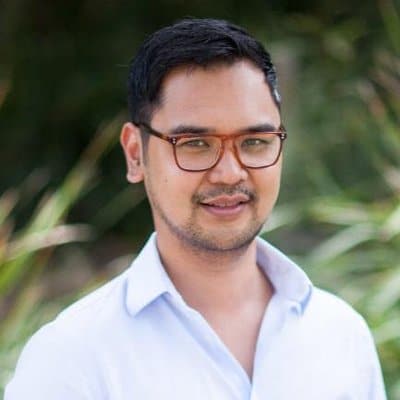 Jordan Guiao is a Research Fellow at The Australia Institute’s Center for Responsible Technology, Australia’s leading technology think tank. Jordan is a digital strategist with 15 years’ industry experiencing developing digital strategy and policy for Australia’s largest media organisations, and for global companies including CBS, Toyota, Westfield and more. He lived in the Bay Area and led partnerships and policy with the largest technology companies, bringing unique insights back to his home country of Australia.