Through modern social media platforms, Americans are exposed to more harmful misinformation than ever before. Conspiracy theories, extremist rhetoric and pseudoscientific health claims routinely receive millions of views on social media. This problem has never been clearer than during the COVID-19 public health crisis. Millions of people have been exposed to dangerous misinformation about the virus, such as a video claiming that wearing masks can cause people to infect themselves with the disease, or that the virus was created by 5G networks. COVID-related misinformation is only the latest episode in a decade-long social media regime that made fringe actors and groups like QAnon and Alex Jones famous.

At the heart of the problem are powerful machine learning algorithms which favor content that is shocking, surprising or inflammatory. While few older social media networks launched with algorithmically generated feeds of user-created content, every modern social media company is powered by one. Like an artificial intelligence that gets out of control in a sci-fi movie, these algorithms are out of control. Data scientist Cathy O’Neil calls these algorithms “Weapons of Math Destruction.” However, when they cause destruction, social media companies are shielded from liability. We should end this liability protection, forcing companies to end the algorithms and return content feeds back to the user.

Social media companies have attempted several strategies to stop the spread of harmful misinformation on their platforms. They have universally failed.

Active content moderation, where social media companies take down content that violates the law or their terms of service, is too slow and narrow to solve the problem. Social media companies often take years to recognize that harmful misinformation is bubbling up. By the time they act, such as Facebook’s 2020 crackdown on the QAnon conspiracy after multiple violent incidents and millions of people engaged with it , it is often too late. These platforms are too big and heterogenous for human organizations to moderate. Even if they could create a vast network of content moderators, many object to unelected organizations taking such a heavy hand in deciding the boundaries of permissible free speech. Active content moderation is most useful when removing bright line impermissible content, such as child pornography, copyright violations or calls to violence.

Various fact checking and content warning strategies have also largely failed. They suffer from the same problems of speed and scale as active content moderation. Furthermore, research shows that they are likely ineffective at counteracting harmful misinformation and under some conditions will backfire. The impact of fact checking on belief in misinformation is modest at best, and very sensitive to the text of the fact checking label.[1] Warning labels also create an “implied truth effect”, where users are more likely to trust false information that does not have a warning label.[2]

Traditional publishers are liable for damages resulting from content they publish. As a result, they exercise significant editorial control to ensure that content under their banner does not create criminal liability for them. Social media platforms like Facebook and YouTube have no such liability risk. Internet-based platforms are currently immune from civil liability derived from content posted on their platforms. Section 230 of the Communications Decency Act states that, “No provider or user of an interactive computer service shall be treated as the publisher or speaker of any information provided by another information content provider.” Passed in the late-1990s, the law was originally directed at the comments sections and message boards that proliferated at the time. More recently, the law was interpreted to limit the liability of social media companies and their vast libraries of user-generated content.

Under the status quo, a Facebook or Twitter feed, YouTube recommended video page or other similar stream of user-generated content is created using a sophisticated algorithm. Recommendations that you join a group or follow a user are generated using similar algorithms. They maximize some set of outcomes based on what the platform knows about the activity of the user and other users like them. In the context of social media, those outcomes could be watch time, advertising revenue, engagement, click-through probability, or other goals that the company seeks to maximize. Algorithms trained on unimaginably large datasets of user characteristics and outcomes allow machines to choose which content is served to users in order to maximize their goals. Because they have so much data, modern platforms can make highly personalized decisions about what content to serve users. When the algorithm expects a piece of content supports its goal, it can rapidly push it out to huge numbers of users.

These algorithms are opaque on two different levels. First, because they are not publicly available, we do not know the utility functions that social media platforms are assigning to algorithms. More importantly, the social media companies themselves cannot entirely see inside the algorithm’s decision-making process. Because they rely on so many individual variables to choose which content to serve users, humans cannot understand how each individual factor interacts to impact a decision. These “Black Box” algorithms are inherently dangerous. For this reason, researchers at AI Now recommend that important functions of public concern do not use Black Box algorithms.

Harmful misinformation is often structurally more likely to generate high levels of engagement, clicks and watch time. Users are drawn in by the exciting, intriguing, or inflammatory messages of conspiracy theories or pseudoscience. They click, watch, like, comment and share that content. Because they do, the content often goes viral. Instead of containing the misinformation to small communities, it spreads to people who would never have encountered it. Boring, sane information generates less engagement, and is thus served less often. Without ever intending to, social media feeds give the village crank a massive microphone while silencing the voices of opposition.

The Federal Communications Commission should issue a rule clarifying the definition of a provider of an interactive computer service. It should specify that a platform acts as an interactive computer service when it hosts user-generated content and provides tools through which users can access the content as long as the user decides what content appears in their feed without input from the platform. When a platform makes decisions about what user-generated content a user sees, they are acting as a publisher, and would thus not enjoy Section 230 liability protections.

In the new system, users would be able to generate their own feeds by subscribing to channels, following other users, or joining groups. The platform could generate a chronological feed of all of the content that users opt-in to following, such as the old chronological timelines of Facebook and Twitter or the current YouTube Subscription page. Users would moderate their own feeds. Social media companies would become, essentially, pipes for user-generated content, rather than entities who decide which content is important or deserving of attention.

They may enter into agreements with trusted information sources such as traditional media organizations to serve content, perhaps by some agreement to indemnify the company if its content is damaging. However, platforms should not be able to absolve themselves of liability by requiring that a user assume all responsibility for damages caused by the user’s content. If the user is unable to pay, the platform itself must incur damages for harms.

Without algorithmically generated news feeds, misinformation would only be able to be spread by users themselves actively sharing or subscribing to it. Conspiracy theories and misinformation will still exist, but their reach will be limited in the same way that the reach of the village crank is limited. Americans would discover new media sources the same way that they did before the 2010s: through word of mouth and marketing.

This new system is transparent and fair to both Republicans and Democrats. Algorithms put a massive, arbitrary and opaque thumb on the scale of which content is served to millions of users. Donald Trump and other Republicans have accused social media companies of “shadow banning” their content, by making the content less likely to appear in feeds. Democrats counter that right-wing conservative media dominates Facebook feeds. Because the algorithms are fundamentally opaque, both sides have reason to distrust them. A social media company could modify their algorithms to support some political outcome without anyone knowing about it.

Under the new system, communication on social media platforms would follow the same rules of communication in any other public square. Americans can choose what messengers they want to hear from and which ones they want to ignore. Either political party would be advantaged if more Americans choose to follow content that supports their ideas.

Furthermore, a world without these news feeds would reduce the spread of anger and addiction on social media. Social media increasingly encourages polarization, because users are more likely to engage with contentious content. Because social media often highlights the most extreme content, social media adoption is strongly associated with polarization. While our political elites have been deeply polarized for decades, average Americans have only become similarly polarized during the social media era. They also create addictions to their platforms by maximizing audience retention and time on the platform. Perhaps no one at Google, YouTube, Twitter, TikTok or Facebook sat down and planned out these outcomes, but their black box algorithms created them, nonetheless.

Social media as we know it would continue to exist. Users may spend less time on the platforms, but platforms will be able to monetize their activity when they are on it. Because their marginal costs will remain low, they will still be profitable.Competition may increase. Popular content producers will be less reliant on algorithms from the largest sites. They will focus on building loyal followings and partnerships, rather than trying to game their algorithmic overlords. Platforms may compete for the top-performing content. Because users are tied to content producers, rather than the platform itself, popular channels or influencers may be able to exit the platform for new start-ups. If users follow, platforms will have to compete with a better user experience, better curated feeds, or niche content.

Overall, a social media world without algorithms is one where users exercise more control over the content they consume. Harmful misinformation would not disappear, but it would be less likely to spread algorithmically throughout vast social networks. Social networks would continue to be important channels of modern communication, but they would no longer have the power to decide which content consumes our attention. 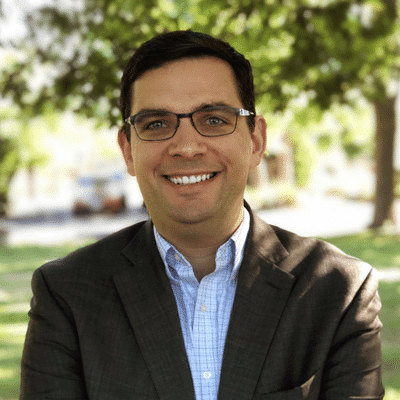 E.J. Fagan is an Assistant Professor of Political Science at the University of Illinois at Chicago.