Democratic decay: what can and should platforms be responsible for?

In the interdisciplinary field of misinformation and disinformation studies, there has been no consistent answer to the question of ‘what can and should platforms be responsible for in the context of democratic decay’ (i.e., a context in which democratic institutions, structures, norms, and governance are eroding)? In this post, we take up this question in light of several relevant literatures on democracies in transition towards more authoritarian or ‘hybrid’ regimes, or more broadly, literatures examining the deterioration of core democratic processes, institutions, and governance mechanisms.

Our review of this literature reveals that we lack good theoretical and empirical understandings of media systems in relation to democratic decay, especially the roles played by platforms. To address this, we conceptually outline several indirect effects of platforms on democratic decay, focusing on their roles in shaping public opinion and political institutions. Our goal is to bring two academic literatures together: 1) work on democratic decay that often fails to consider media and platforms, and 2) work on platforms that often focuses narrowly on public opinion and attitudes, overlooking institutional democratic processes.

In a systematic review of the literature on decay within established democracies, Tom Daly refers to the “bazaar of theories” about transitions from democracy. These theories are grouped under a cluster of closely related terms such as “democratic backsliding” and “constitutional rot,” the parsing of which is well beyond the scope of this essay. In the many veins of this literature, scholars tend to focus on the role of political institutions (such as parties) and laws in driving the process of democratic erosion. For example, a central finding in this literature is that we have moved from outright coups to slower processes of constitutional erosion brought about by the efforts of antidemocratic leaders and political parties. When media are considered in this body of literature, they are often conceptualized as an independent check on the ruling party, or the target of it, not as a potential source of backsliding or decay in their own right.

Meanwhile, existing literature on platforms and democracy from the social sciences lacks a clear answer to the question of whether platforms facilitate transitions from democracy or the erosion of democratic governance, or potentially work to stem them. Outside of the potential antidemocratic effects of misinformation and disinformation circulated on social media, which we take up in greater detail below, the focus of much of the existing literature, nicely summarized in a recent article by Helen Margetts, is typically on value- and ends-neutral democratic participation and polarization, echo chambers, and filter bubbles, primarily as they concern the mass public. By ‘value- and ends-neutral’ we mean that much of the research literature is normatively concerned with participation and polarization, often without substantially addressing if political actors espouse antidemocratic ends. This is an important and needed distinction for thinking about democratic decay. If one party or group of partisans in the electorate is directly questioning the legitimacy of democracy, undermining democratic institutions and norms, actively working towards antidemocratic ends, or asymmetrically engaging in disinformation tactics to destabilize democracy, mobilization against that party may be necessary to preserve a functioning democracy. As such, the erosion of democratic norms such as tolerance or growing polarization might be less of a concern.

Therefore, we are conceptually interested here in the potential ways that platforms further forms of democratic decay. Broadly, we see indirect, not direct, effects of platforms on the deterioration of democratic processes, norms, and governance. As the expansive literature on democratic decay argues, de-democratization stems not from media problems but from political problems, such as direct actions by state actors and ruling parties, other institutional parties, and other organizations to undermine free and fair elections, independent judiciaries, pluralistic media, and democratic norms. That said, we argue that platforms play an important role in facilitating, amplifying, and incentivizing forms of expression — including harassment — that potentially weaken the cultures, norms, and institutions of democracy. While platforms themselves do not seek to do these things (if anything, in the U.S. they have assumed the role of democratic gatekeepers since 2016), they can empower actors and enable forms of expression that have these consequences.

What can platforms potentially be held responsible for in democratic decay?

Tolerance among rivals with competing interests and different religions, social identities, and values is necessary in pluralistic democratic systems, especially in the context of securing a commitment to procedural fairness — although how far liberal pluralism must extend is often the subject of legitimate debate. Similarly, a cornerstone of the ethics of partisanship and democracy is a commitment to playing the electoral game in perpetuity with a legitimate set of opponents — partisans can accept defeat only with the knowledge that they will have a future chance to win political power.

Social media and technology platforms potentially play a role in eroding norms of mutual tolerance and seeing the opposition as legitimate. This includes their potential role in furthering affective polarization, by which scholars mean an “us vs. them” animosity that animates politics and bleeds into social life. In the U.S., affective polarization is fueled by the social sorting of the two parties, highly contested campaigns, and shifts in the media and communications environment. If, and how, social media and digital platforms specifically polarize the public is the subject of intense academic debate, especially given that political elites play an outsized role in these processes (e.g., through the moralization of political discourse). While the evidence is mixed, platforms may be responsible for amplifying content through algorithms that antagonistically divide members of political parties, which becomes a significant democratic concern if it also erodes their mutual tolerance and faith that the other side will continue to engage in free and fair elections.

This is contextual, of course — genuinely antidemocratic threats must be recognized as such. At the same time, research has consistently found that technology platforms further prodemocratic movements for political equality — struggles that often lead to greater polarization. Any consideration of the harmful democratic effects of polarization has to address the fact that political inequality, especially in the context of white racial supremacy in the U.S., has historically had much greater and more lasting destabilizing and antidemocratic effects, especially for nonwhite groups in society.

Any consideration of the harmful democratic effects of polarization has to address the fact that political inequality, especially in the context of white racial supremacy in the U.S., has historically had much greater and more lasting destabilizing and antidemocratic effects, especially for nonwhite groups in society.

Indeed, while garnering less attention than affective polarization, social media might provide opportunities for the rise of anti-system parties and factions. Through providing organizational tools, digital platforms potentially empower and enable formerly institutionally-weak groups that fail to respect the rights or see the legitimacy of political opponents. Scholars have argued that many such parties gain organizational capacity from social media platforms in lieu of institutional resources. These groups might then in turn shape public opinion in antidemocratic ways. For example, there has been substantial research attention given to the rise of populist and nativist political parties that challenge well-institutionalized ones, particularly in European contexts. In addition, social media afford direct appeals to voters and the mobilization of resources, which undermine the ability of political parties to control their leadership processes. For example, in the U.S., candidate Trump in 2016 was able to utilize social and legacy media to take his appeals directly to voters, build a campaign organization outside of institutional party resources, and set the public agenda. The result in cases like this has been the empowering of antidemocratic parties and elites vis-a-vis institutional parties and elites.

Platforms may also play a role in facilitating the coordination between private media actors and ruling parties in pursuit of undemocratic ends. Yochai Benkler, Robert Faris, and Hal Roberts’ analysis of strategic propaganda campaigns by the American right revealed the degree to which partisan and right-wing media outlets — such as Fox News and the digital-only Breitbart — act in concert with and leverage platforms to increase the dissemination of strategic disinformation. This disinformation is of an ideological and identity bent, as well as content designed to target and harass journalists — all of which result in democratic decay. While much of the academic literature on democratic decay tends to assume that media act as independent checks on political elites, the explosive growth of ideological, identity, partisan, and movement media on platforms might facilitate undemocratic ends. In the U.S., Fox News and Breitbart are best conceived as implements of state- and ruling-party power, not checks on democratic decay. In this way, platforms help facilitate relationships and coordinated action between private media actors and ruling elites and parties.

Finally, platforms may play a role in the erosion of institutional legitimacy. Natalia Roudakova, building on Hannah Arendt’s work, uses the term “defactualization” to refer to “the world where the disregard of factual truths leads to the suspension of reality.” This affects not just the public sphere, but also the institutions tasked with producing public facts, such as journalism, federal agencies, scientific organizations, and research universities. Broadly, attacks by elites and other strategic actors on the institutional press and bureaucratic and academic knowledge are something that spreads significantly on platforms. This is also the case with misinformation, disinformation, and propaganda designed to undermine the legitimacy of institutions that reliably produce public facts. This potentially undermines a shared reality among the public. In turn, this undermines the possibility for democratic accountability, especially through public opinion and the press.

To conclude this short essay, based on the literature on democratic decay we see a number of potential things that platforms legitimately can be said to be responsible for. Whether they can do anything about them is another matter. In the end, we do not believe that platforms can do much about things such as social sorting within parties, affective and ideological polarization, the decline of political parties’ ability to control their nominating processes, or the erosion of the administrative state and the rule of law. What they can do most clearly is work to protect free and fair elections, public discourse, and political institutions through strong policies and consistent enforcement, especially when disinformation and hate speech are concerned.

This paper first appeared on the website of the Knight Foundation. 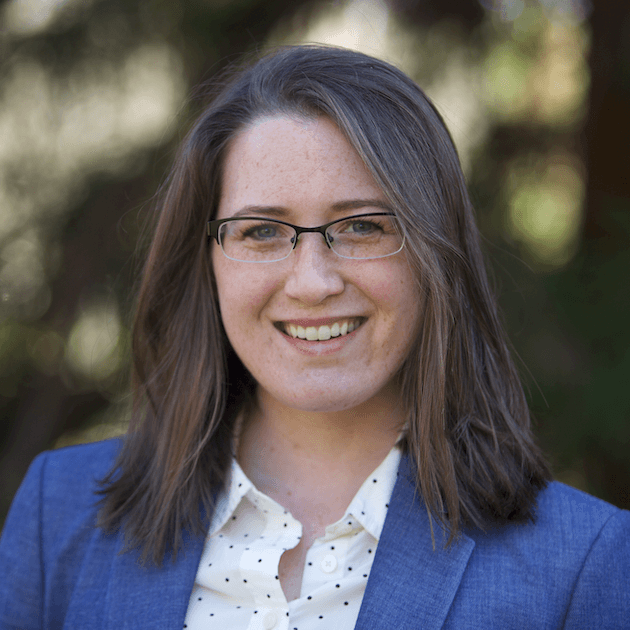 Bridget Barrett is a PhD student and Roy H. Park Fellow at the University of North Carolina-Chapel Hill and a graduate affiliate with the Center for Information, Technology and Public Life (CITAP). 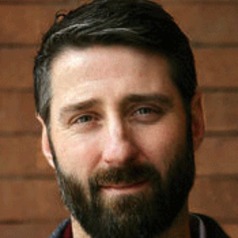 Daniel Kreiss is the Edgar Thomas Cato Distinguished Associate Professor in the Hussman School of Journalism and Media at the University of North Carolina at Chapel Hill and a principal researcher of the UNC Center for Information, Technology, and Public Life.