Congress May Invest Billions in Broadband. It Should Reform the Universal Service Fund Too

With a compromise infrastructure bill now on the table in the Senate, it is more than just merely possible that Congress will invest $65 billion in broadband over the next eight years. Despite the size of this potential investment, on an annualized basis it is smaller than the existing Federal Communications Commission Universal Service program. The pending infrastructure bill would invest $8.125 billion per year in an effort to close the digital divide, while the FCC’s Universal Service program has spent just under $8.3 billion per year for each of the past three years.

Perhaps some attention should be given to reforming and updating this existing program, alongside consideration of new investment in infrastructure.

Universal Service is baked into the FCC’s statutory DNA. The first sentence of the Communications Act of 1934 establishes the FCC for the purpose of “mak[ing] available, so far as possible, to all the people of the United States …  a rapid, efficient, Nationwide, and world-wide wire and radio communication service.” For most of the Twentieth Century, this was accomplished by virtue of the telephone network largely being a regulated monopoly: carriers were simply required to offer phone service to anyone requesting it, no matter the cost. When this required carriers to lose money on customers in some lines of business, they were allowed to recover these losses by charging other customers more.

A recent op-ed by FCC Commissioner Brendan Carr – called “intriguing” by fellow Commissioner and Acting Chair Jessica Rosenworcel – puts these numbers in more precise context. Revenue from the traditional telephone networks, the base from which USF funding is drawn, “has fallen sharply from a peak of around $80 billion in the 2000s to less than $30 billion today as more and more services … are delivered over the internet instead.” At the same time, programs funded by the Universal Service Fund have grown from about $4.5 billion per year to nearly $9 billion per year. As a result, the fee (or tax, really) that telephone network users pay on top of regular charges to support Universal Service commitments has grown from about 7% per year to over 30% per year.

I used an increasingly uncommon word a few times above: “telephone.” The entire edifice of the Universal Service Fund was built around telephone service. Prior to 2010, this funding was only used to fund services relating to telephony, while over the past decade the USF has transitioned to support broadband Internet services. On the revenue side, however, the funding for these programs comes exclusively from traditional telecommunications carriers (that is, telephone companies). This is in part because Section 254 of the Telecommunications Act specifies that the Universal Service Fund must be funded by “telecommunications carriers” – which excludes, for instance, Internet service providers that do not offer telephone service. And it is in part due to long-standing political opposition to taxing Internet services.

In his op-ed, Commissioner Carr usefully highlights both the absurdity of this status quo, as well as the magnitude of this absurdity.  The modern need for Universal Service support is overwhelmingly driven by need for high-speed broadband Internet connectivity. Today this is being supported by a tax on telephone companies that exceeds 30%.

Facebook, Apple, Amazon, Netflix and Google generated nearly $1 trillion in revenues in 2020 alone—an almost 20 percent increase over the prior year. It would take just 0.009 percent of those revenues to eliminate entirely the unsustainable 30 percent tax that currently hits consumers on their monthly bills.

Big Tech has been enjoying a free ride on our internet infrastructure while skipping out on the billions of dollars in costs needed to maintain and build that network. Indeed, one study shows that the online streaming services provided by just five companies—Netflix, YouTube, Amazon Prime, Disney+ and Microsoft—account for a whopping 75 percent of all traffic on rural broadband networks. The same study shows that 77-94 percent of total network costs are related to adding capacity or otherwise supporting the delivery of those streaming services. Ordinary Americans, not Big Tech, have been footing the bill for those costs.

Commissioner Carr’s argument can be understood in two ways. First, in terms of beneficiaries, Universal Service benefits both consumers and companies that use the Internet to provide service to (and make money off of!) those consumers. Before USF was used to pay for Internet service, Universal Service was a closed ecosystem: recipients of USF funding used USF-funded telephone services to call other telephone customers. Those paying into the fund were ultimately paying to improve the telephone network of which they, too, were users. This is not so when we use telephone-funded Universal Service to support Internet access services. Under this model, companies that use these services to make money from end-users are getting a free ride on networks subsidized by companies that only get, at most, indirect benefit from these networks.

The second side of Commissioner Carr’s argument goes to the magnitude of this discrepancy. We are exclusively taxing traditional telephone services in a $30 billion market segment over 30% to support programs that ultimately benefit a greater-than $1 trillion Internet market segment. A sliver of a fraction of a percent of a tax on the “internet industry” would handily provide the same level of funding.

Commissioner Carr’s proposal is unequivocally better than the status quo and he has performed a service in putting it forward. I’m not sure, however, that it is the best path forward. As an initial matter, it is difficult to define with precision which companies count as “Big Tech.” For instance, Carr notes Disney+ as a large streaming service – is Disney now a Big Tech company? If so, is the New York Times? If not the New York Times, then what about Amazon? Should revenue from the Washington Post be excluded? Walmart has a large online presence, similar to Amazon’s – should it pay into a new Universal Service Fund?

It would also bring large swaths of the non-telecommunications economy under the auspices of FCC authority, at least for the purposes of assessing these fees. For most of the past 20 years, the FCC generally – and for all of the past 20 years Republican FCC Commissioners specifically – have resisted expanding the FCC’s Internet-related authority beyond regulation of traditional telecommunications services. Expanding the USF funding base beyond traditional telecommunications carriers would be a dramatic expansion of one of the FCC’s most substantial (if least appreciated) powers. Avoiding this would require a more dramatic structural reworking of the USF – and if such a reworking is on the table, then a more substantial reworkings of Universal Service ought to be as well.

And that’s what we really need: a rethinking and substantial reworking of our approach to our Universal Service commitment in telecommunications. Universal Service is an important societal goal, and it is also not unique to telecommunications. Rural electrification and the interstate highway system are both similar commitments to basic infrastructure.

The difference between low-quality Internet connection and a high-quality one, on the other hand, may be immense. The vast majority of online services can be used passably with sub-broadband speeds provided by connections that are widely available to almost all Americans. But these services work better, and some services require, higher-speed connectivity. Should our commitment to broadband Universal Service focus on ensuring access to Hyundai-, Ford-, or Ferrari-quality Internet service?

Before we can truly address how we fund Universal Service, we need to more clearly address the scope of the services that we want to fund. This question is better suited for Congress to address, subject as it is to more political accountability, than for the less politically accountable FCC. And defining the scope of the supported services is difficult too in light of the rapid changes in the marketplace and technology. One need only look at the evolving definition of “broadband” over the past decade, or the sudden changed needs driven by the pandemic, to see this.

I could go on – the value of localized decision-making in service provision; concerns that funding “Ferrari-quality” Internet service will recreate monopolies by pushing competitive “Ford-quality” providers out of the market; trade-offs in how long it takes to install some services against how “future proof” those technologies may be; data showing that consumers expect they need roughly three times as much bandwidth as they actually use.

But those are all issues that should be part of an ongoing deliberative process coupled with ongoing democratically accountable Congressional oversight. Today we employ an administratively-controlled shadow tax system, overseen by a regulatory agency that is designed to be insulated from democratic accountability, to fund Universal Service commitments that were defined at least two generations ago. Before we decide how much to spend on these commitments we should discuss, as Commissioner Carr rightly suggests, who should pay for them. While we are at it, we should discuss what should be encompassed by these commitments, as well.

This article is also published as a Free State Foundation Perspectives, available here. 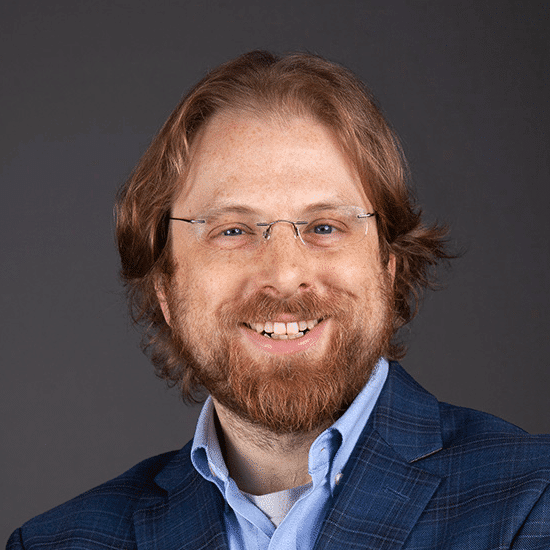 Gus Hurwitz is Associate Professor of Law and Menards Director of the Nebraska Governance & Technology Center and Director of Law & Economics Programs at the International Center for Law and Economics.