Addressing tradeoffs in content moderation: questions for the tech CEOs

Last week, Tech Policy Press published a list of questions jointly with Just Security for Congress to ask the tech CEOs at a hearing on Thursday, March 25th. Evan Greer, Deputy Director at Fight for the Future, encouraged the inclusion of questions that address international perspectives and concern for global human rights and freedom of expression. Here are the questions Evan suggested.

When YouTube announced it would remove white nationalist content from its platform, the company also took down videos by anti-racist groups like the Southern Poverty Law Center.

Facebook has also incorrectly labeled posts about the U.S. government’s mass surveillance programs as “misleading,” based on a fact-checker who cites a former top NSA lawyer as a source.

Attempts to remove or reduce the reach of harmful or misleading content, whether automated or conducted by human moderators, always come with tradeoffs and can lead to the silencing of legitimate speech, remove documentation of human rights abuses, and undermine social movements who are confronting repressive governments and corporate exploitation. 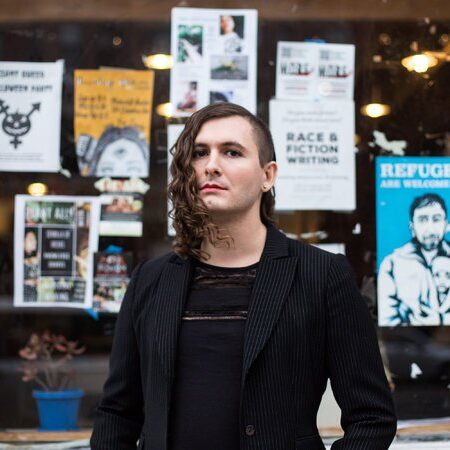 Evan Greer is an activist, musician, and writer based in Boston. She’s the deputy director of Fight for the Future, the viral digital rights group known for organizing the largest online protests in human history, and releases music on Don Giovanni Records and Get Better Records. She’s based in Boston, and writes regularly for outlets like the Washington Post, NBC News, Wired, Buzzfeed, Time, and Newsweek. Follow her on Twitter @evan_greer.